China's imports and exports of tradable goods totaled 11.62 trillion yuan in the first four months of this year, up 28.5 percent year-on-year and 21.8 percent over the same period in 2019, according to statistics released by the General Administration of Customs. The strong performance of China's import and export trade highlights China's important position in the global supply chain and contributes to the recovery and development of the world economy. At present, China is working more closely with all parties to make international logistics channels more smooth and promote trade. 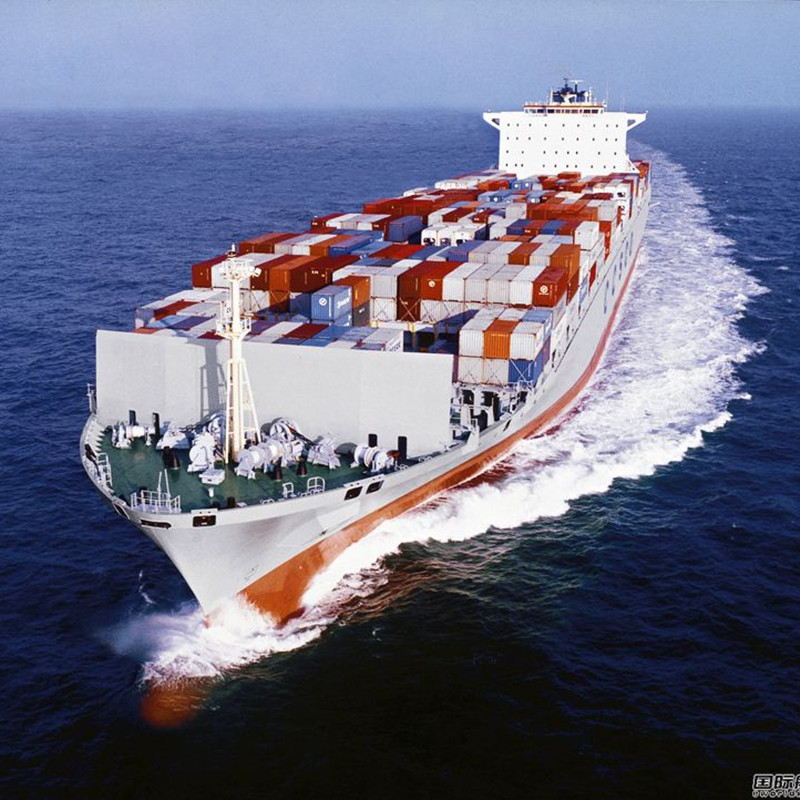 In Vietnam's southern Ca 'au province, local fruit farmer Chau Guokai is on the go with his 200 hectares of bananas. After picking bananas, they are directly sent to the processing workshop for packaging, packing and cold storage. After that, the bananas will be transshipped through Port Kalai in Ho Chi Minh City, where they will reach major supermarkets in China in about a week.

Due to the impact of the epidemic, the local banana market is not good, and the price of bananas per kilogram once fell to two to three thousand Vietnamese dong (1 yuan is about 3,610 dong). Zhou Guokai told reporters that at present, the shipping route between Vietnam and China has become an important channel for Vietnam's tropical fruit export. The bananas he grows are guaranteed both in price and volume.

According to the information of the Ministry of Industry and Trade of Vietnam, during the epidemic prevention and control period, Vietnam's export business to China by sea remained stable, and catfish, prawn and other key export commodities were less affected, which helped Vietnam achieve the goal of earning foreign exchange from exports. The ministry also advised local enterprises to actively expand seaborne exports.

Yang Jinpeng, director of logistics department of Shenzhen Minfeng Vietnam Container Co., Ltd, said that from Shenzhen, China, to Haiphong Port, Vietnam, the sea transportation time is only one or two days. "The convenient logistics network between the two countries provides a strong guarantee for the smooth flow of the regional supply chain."

At present, China and a number of ASEAN countries have opened a "fruit express line" at sea. On February 27, the "Fruit Express Line" between Cambodia and Guangxi Beibu Gulf Port was opened. Fruits from Sihanoukouk Port in Cambodia can be transported to Beibu Gulf Port within one week. On March 12, the Beibu Gulf Port welcomed its one millionth TEU this year, with a year-on-year increase of over 40% in container throughput, fully demonstrating the strong momentum of trade and logistics cooperation between China and ASEAN countries. A custom-made special train, "Jianghuai", set off from Hefei North Railway Station logistics base to Kustanai Station in Kazakhstan on January 1, 2018. This is the first batch of automobile spare parts sent by China National Machinery Import and Export (Group) Corporation (CNMC) and Anhui Jianghuai Automobile Group (JAC) to their Kazakh partners through the China-Europe Express this year.

During the fight against the epidemic, China Railway Express made full use of its unique advantage in international rail transport, taking in a large number of goods transferred by air and sea, and achieved growth against the trend. In the first four months of this year, 1,918 freight trains entered and left China at Alashankou Port, worth more than US $10 billion, up 56.7% and 80.5% respectively year on year. With the continuous increase of freight volume, the services of China-Europe freight trains are becoming more and more refined, and the "customized special trains" targeted at large export enterprises emerge as The Times require and show strong attraction.

"The advantage of customized trains is very obvious. The train can optimize the operation process according to the requirements of the enterprise, and the point-to-point direct transport and customs clearance process is more convenient. Compared with previous freight trains, the customized trains can save about seven days of transportation time." Kang Hubiao, chairman of China Railway Corporation, told reporters that in 2019, China Railway Corporation and JAC Automobile applied to China National Railway Corporation and Hefei International Inland Port Development Co., Ltd. for the opening of "JAC Auto Custom Special Train". Up to now, 39 customized trains have been sent to the production base in Kazakhstan alone, totaling 1,818 containers of automobile spare parts.

Improve the efficiency of the logistics industry in Europe

On the afternoon of April 9, a chartered plane from China E-commerce Network's Hangzhou-Liege cargo route arrived at the airport in Liege, Belgium. The chartered plane carries nearly 100 tons of cargo, including medical masks, small household appliances, office supplies and other daily necessities. Huang Jungen, the project leader of a Chinese e-commerce company in Liege, said that there are 18 one-way flights per week on the regular "Hangzhou-Liege" and "Hongkong-Liege" e-commerce charter routes. "With the expansion of e-commerce trade between China and Europe, the number of flights will soon increase."

Located in the southeast of Belgium, Liege is only a few hours' drive from Amsterdam, Paris, Frankfurt and other major cities in Europe, with excellent land, water and air transport facilities. "After more than two years of operation, Liege has become a first-class logistics hub in Europe for China's e-commerce network." Huang Jungen said that after European consumers place an order on the e-commerce platform, the "intelligent logistics brain" will immediately provide customers with the most cost-effective logistics solutions, and even enjoy the cross-border package service of "10 days of delivery for $5". "$5 for 10 days" refers to an order of $5 or more that can be delivered within 10 natural days. The logistics timeliness of the service is similar to that of traditional international delivery giants, but the logistics costs paid by merchants can be cut by about half. "Due to the high cost performance, more and more European consumers are choosing Chinese e-commerce platforms, and cargo charter flights are increasing."

On one side of Liege's airport, warehouse buildings financed by Chinese ecommerce companies rise from the ground. "This is the first phase of the digital trade hub project, which will be officially put into operation in the second half of this year." According to Sun Duokui, general manager of the project, the digital trade hub integrates trunk transportation, customs declaration, air cargo depot and storage, and the logistics time will be shortened by 8 to 12 hours after operation.

Latest statistics from Liege airport show that the airport handled 720,000 tons of cargo in 2017 and 1.12 million tons in 2020. Steven Vihasett, commercial vice president of Liege Airport, said that since the cooperation between the airport and Chinese e-commerce enterprises, the cargo volume has been increasing, which has greatly improved the competitiveness of Liege Airport. "The digital trade hub will not only improve the efficiency of its own logistics, but will also drive the development of the European logistics industry in a smarter direction."