SEA FREIGHT FROM China TO Canada

If you are planning to import/export to and from china to Canada, you need info on the top sea ports in Canada. Canada has more than 500 port facilities all over the country. 17 of these ports are Canada Port Authorities due to their national, regional, strategic, and international significance. And considering their strategic role, the government of Canada invests hundreds of millions of dollars on them. Canadian Port Authorities are responsible for the handling of more than 60% of the marine commercial tonnage. In this article, we will talk about the top 10 sea ports in Canada. 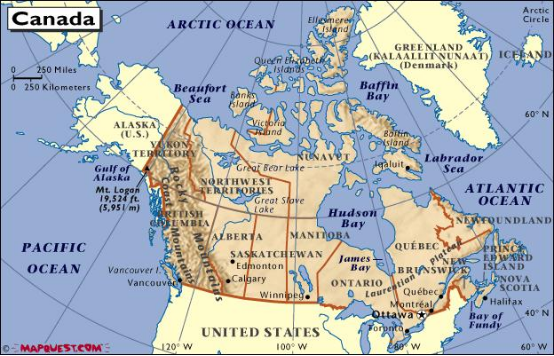 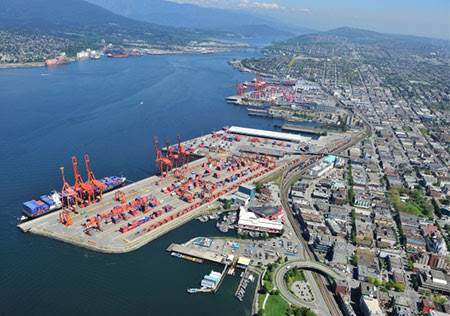 Number one on the top 10 sea ports in Canada list, is the Port Metro Vancouver. This is Canada’s largest port and the third-largest in North America by cargo tonnage. This port enables trade between Canada and over 170 world economies with a value of almost $240 billion in products. Port activities support 115,300 jobs, $7 billion in earnings, and $11.9 billion in GDP across Canada.

2: The Port of Montreal

The second item on the list of the top 10 sea ports in Canada is the Port of Montreal located on the St. Lawrence River in Montreal, Quebec. This port is the shortest direct route from the Mediterranean region and Europe to North America, with 1,600 kilometers inland from the Atlantic Ocean. Just in 2019, this port handled more than 2000 cargo ships with over 40 million metric tonnages of products. Activity in the port of Montreal supports 18,280 jobs and provides $1.5 billion in economic benefits to the country.

3: The Port of Prince Rupert

This port, also known as the Prince Rupert Port Authority (PRPA) which is located in the city of Prince Rupert on the North Coast of British Columbia state. This port operates as an autonomous and commercially viable agency, under the Canada Marine Act. Number 3 on the top 10 sea ports in Canada list, the Port of Prince Rupert. This port was created in 1999 with a design capacity of 500,000 TEUs.

4: The Port of Halifax

The Port of Halifax includes a number of port facilities in Halifax Harbour, Halifax, Nova Scotia, Canada. This port with its strategic location in North America’s first inbound and last outbound gateway. This port is also and is deep, wide, and ice-free with minimal tides affecting it. Merchants prefer the Port of Halifax over other ports in the region. The reason is its vicinity to Europe by two days, and to Southeast Asia (via the Suez Canal) by one. Number 4 on the list of the top 10 sea ports in Canada handles more than 1500 vessels, supports 15,000 jobs and $2 dollars of economic impact annually.

5: The Port of Hamilton-Oshawa

The Port of Hamilton-Oshawa was built in 2019 when the two ports of Hamilton and Oshawa merged by the Canadian government. The Port Hamilton-Oshawa is among the 17 Canadian port authorities. And is established by the Canadian government due to its importance to Canada’s economic welfare. Cargo transit at the Port of Hamilton is associated with over $6 billion in economic activity and supports 38,000 jobs in the province of Ontario.

6: The Port of Saguenay

The only public port of the Saguenay-Lac St-Jean region and number six on the top 10 sea ports in Canada list, The Port of Saguenay is an important national means of development. With its deepwater facilities and being directly accessible by major rail and highways in North America, this port lies ay the heart of Quebec. This port is located close to 1000 hectares of industrial facilities; turning it into an economic engine in the state.

7: The Port of Trois-Rivières

The Port of Trois-Rivières has been active since 1882 and plays an important role in the national, regional, and international economic development. This port serves industries like forestry, aluminum, agriculture, and ocean freight industry. The Port of Trois-Rivières is located strategically between cities of Montreal and Quebec. And has the capacity for over 250 ships, 55,0000 trucks, 11,000 railcars annually arriving from more than 100 ports of 40 countries worldwide. This port can handle more than 3.5 million metric tonnes of traffic, produces an annual income of almost $220 million, and supports more than 2000 jobs.

8: The Port of Thunder

Number 8 on the top 10 sea ports in Canada list, the Port of Thunder Bay is the ends point of the “Saint Lawrence Seaway System” (the world’s greatest inland waterway) in the west of Canada which makes it a great option when importing/exporting to and from Canada. Originally built to provide access to the markets in Europe for the grain producers in the west of Canada, this port characterizes opportunities as a result of its strategic role in the Seaway corridor. This port also receives products that Germany exports.

9: The Port of Nanaimo

The Port of Nanaimo is Vancouver Island’s largest public cargo port, and shipping operations have been conducted there for more than 100 years. The role of the port is to promote and extend cargo freight and passenger movements. The Port of Nanaimo provides competitive, safe, commercially variable, reliable, and customer-oriented facilities, services, and technologies.

A deepwater port located 650 kilometers downstream from Quebec City on the St. Lawrence’s North Shore, the Port of Sept-Îles is a massive natural harbor with a depth of more than 80 meters that is always open to navigation. The last item on the top 10 sea ports in Canada list, is the most important iron ore shipping center in North America. The Port of Sept-Îles serves the mining industry in Quebec and Labrador. In 2019, this port served a little over 480 vessels (including cruise ships) and handled more than 2.9 million tonnages of cargo. 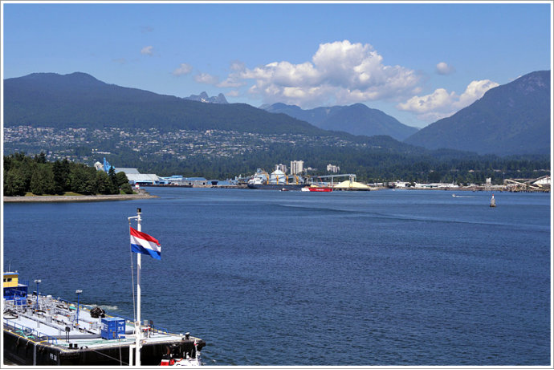